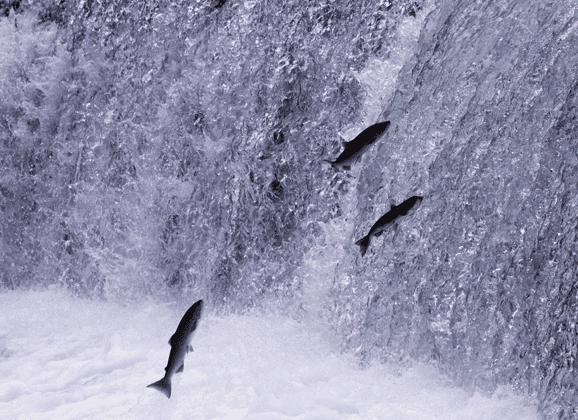 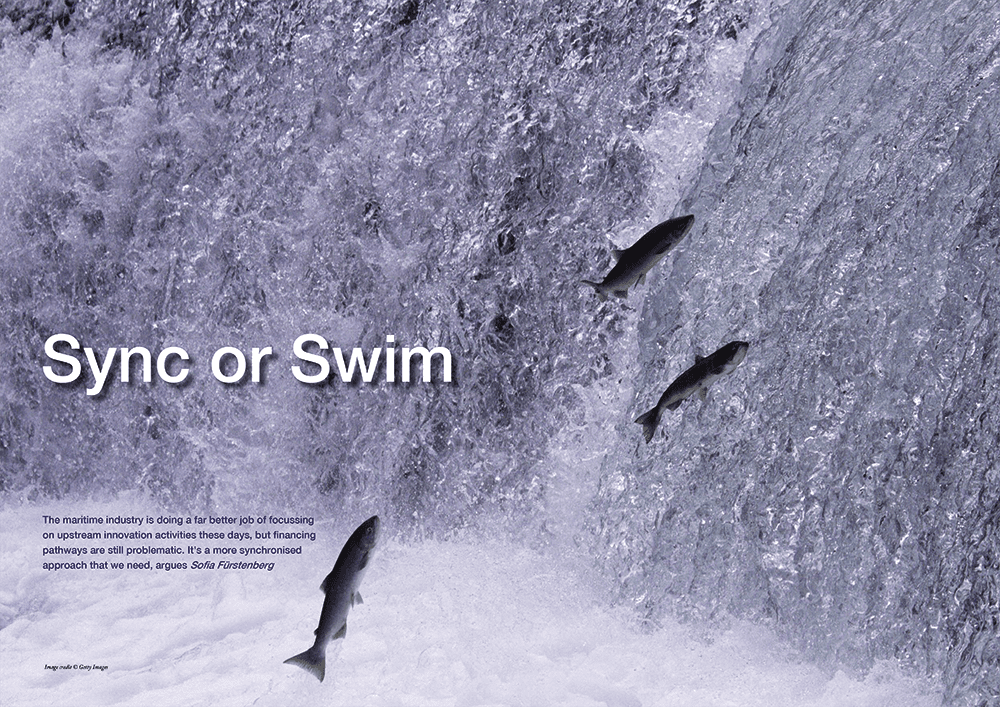 The maritime industry is doing a far better job of focussing on upstream innovation activities these days, but financing pathways are still problematic. It’s a more synchronised approach that we need, argues Sofia Fürstenberg

The innovation vocabulary of the global maritime industry has broadened massively in recent years. You can’t read an article these days without seeing words like “disruption”, “revolution”, “digitalization” and “radical”, and the change does appear to be more than cosmetic.

Across the industry there have been significant investments in building real innovation competencies, whether that’s through initiatives like innovation roundtables, idea creation events, innovation labs or hackathons. So the good news is that the upstream of the innovation funnel is starting to look quite good. Downstream however, in the places where innovative ideas are destined to leave the funnel as new, commercially viable solutions, the success stories are sparser.

Like every problem in the maritime industry there are a range of complex reasons for this—gazillions of them in fact. But one particularly thorny area is the lack of smart financing approaches.

For innovators there are a variety of pathways open to you when it comes to financing your idea, and each offers up different challenges. The journey towards successful commercialisation and value creation requires investment, and there are broadly three different pathways for innovators to take.

The first is to take internal funding, the second to look at public/private funding and the third is partnering in cost-share and IP management. Internal funding might appear to be the simplest option, but not necessarily.

One of the most significant obstacles to innovative ideas thriving in an organisation is that organisation’s ability to assess the idea within alternative value creation metrics, rather than the standard ROI calculation.
Shipping is a commodity business, where short-term performance is vital for survival. The most basic lesson of innovation tells us, however, that any return on investment in innovation will be uncertain, and might not even be possible to establish, given the number of unknowns.

Shipping is one of the oldest trades in the world, but that doesn’t mean that there is no room for new business models within it. Sadly, many good innovation ideas are refused funding simply because realizing their benefit would require a shift in business model—a shift that necessitates internal decision-makers to look outside of the daily operational performance window. And that is difficult.

So what of the second potential pathway? External funding programs can have a very negative impact on the value of an innovation idea. How can that be so?

In business management language, you sometimes hear the term “perverted KPIs”. It’s a dreadful term, but nevertheless an accurate expression for situations where well-intended objectives create very negative or unwanted effects. Public/private innovation funding initiatives in the maritime industry have shown they can create such effects too.

When innovation institutions provide funds to support the collective competitiveness of a nation’s maritime industry, it may result in an opportunistic hunt to secure funds for already shelved, internal projects. The genesis of great ideas is seldom insular protectionism, so in theory innovation funds intended to support collaborative action are a good thing.

But when innovation departments are battling against internal, short-term benefit models, product development along already established lines of thinking will be the easiest way to achieve profit. Thus, public/private innovation funds may not end up supporting the successful commercialization of an innovative idea, but rather the incremental improvement of an existing product line.

Is the third pathway therefore the best way forward? Collaboration is the obvious way to support successful innovation, but common contractual structures and partnership models can actually provide barriers to innovation. It’s somewhat ironic that legal systems set up to protect your company in a contractual agreement with a third party, could also be “protecting” you from successful innovation!

How can this be so? A company aspiring to successful innovation needs new models to assess value, but also new models to assess risk and to protect IP. In an innovation process you will be unsure of the outcome and of the potential future value you may create. New concepts of risk and value will have to be worked into current contractual risk assessment models, because successful innovation requires an adjustment of ways of working throughout the entire organization, including the legal department.

Might there also be a fourth pathway? Successful financial pathways for realising your innovation could also be found at system level; at boundary level of your innovation network.

Insurance premiums are generated from risk models based on historic data, but for an autonomous ship, there is no historic data. In a worst-case scenario this leaves these ships un-insurable, but new innovative tools to build risk models that could establish insurance premiums for unconventional ships would significantly improve their scalability.

What do we mean by ‘system level’ in this context? An interesting example is the developments around autonomous ships. The maritime industry is seeing a ramp up of activity around this topic, despite all the legal, regulatory, technical and not least financial challenges these new, unconventional ships are faced with. Norway has recently approved a test area for autonomous ships, following the example of Finland.

Both initiatives are examples of system level enablers—good news for an industry reluctant to take on risk, and faced with conflicting short-term operational goals.

Speaking of system enablers, are there any system barriers for successful commercialization out there, waiting to be unlocked? The future of autonomous ships could once again provide a good example. We may be on the threshold of an era where a growing fleet of these ships will emerge—or, we may not. Were you to ask a company in the marine insurance industry the extent to which they, through the provision of marine insurance, might be enablers for the commercialisation of such innovative ships, you might find it puzzled by the question.

Insurance premiums are generated from risk models based on historic data. The premium is higher for ship types that historically have had higher incidence of damage. For an autonomous ship, there is no historic data.

This brings up a basic challenge around deciding on an insurance premium for these types of ships, and in a worst-case scenario leaves these ships un-insurable. New innovative tools and models to build risk models that could establish insurance premiums for unconventional ships would significantly improve the scalability of these ships.

It’s that kind of innovative thinking at a systems level, synchronising approaches and creating the environment for ecosystems to develop which, in turn, would help the maritime world transition faster towards more economic and more sustainable operations. 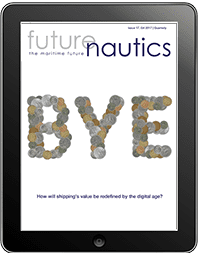